Is a Robot going to take my job?

We often get asked this question about robots and jobs. Our simple answer is “no!”… but the detailed answer is much more complex. Yes, labor is shifting to robots for many low-skill jobs, especially ones that fit the “3 Ds” of Dirty, Dangerous or Drudgery. If you live in a high-wage region like the United States, most of these jobs have been already moved to lower-cost regions. On the flip side, robot automation creates new opportunities that extend well beyond replacing low-cost labor.

(1) Robot technology has matured to a point where non-experts can quickly develop and deploy robot automation.

(2) For manufactured goods, the percentage of labor costs versus other costs (raw materials, electricity, transportation, etc.) greatly influences the economic advantage and adoption rate of automation.

(3) Collaborative robot (or CoBot) technologies enable people and robots to work together for better efficiency, quality, and safety, opening up applications in new markets beyond manufacturing.

Robot technology is becoming accessible to everyone

Robot technology has matured to a point where non-experts can quickly develop and deploy robot automation. Robot vendors have made big strides in simplifying their programming software. Much robot automation is now programmed via wizards and intuitive graphical interfaces. Machine learning is being applied to automate complex software algorithms (e.g. vision-based object identification). This ease of use makes automation more accessible to everyone, more available to entrepreneurs, and more open to new applications. Accessibility is a primary factor in disruption spreading to new markets – when a technology becomes available to everyone, the applications and users and innovation explode.

The labor percentage of manufactured goods is falling

For manufactured goods, the percentage of labor costs versus other costs (raw materials, electricity, transportation, etc.) greatly influences the economic advantage and adoption rate of automation. For many products, the labor cost of manufacturing is low relative to other costs. For example, this NY Times article shows why the average cost to manufacture one pound of yarn is lower in the United States than just about everywhere else in the world including China and India. As automation is added, labor costs are replaced by capital and electricity costs. Electricity is increasingly important for the cost and location of manufacturing. With relatively low energy costs, the United States is likely to on-shore more and more manufacturing jobs, in large part due to increased automation. And those US manufacturing jobs will provide higher-wages but be fewer in total number than the off-shore jobs that they replace.

CoBots are highly disruptive automation because CoBots are collaborative – they are safe to work alongside humans to augment dirty, dangerous or repetitive tasks. CoBots have built-in sensors that prevent them from causing injury in the event of a collision with a person or object. This enables CoBots to be used alongside people. There are many tasks that would be very expensive to automate, such as ones that integrate a multitude of sensory feedback or require complicated motion. Conversely, having a person do repetitive or dangerous tasks often does not make economic sense either. CoBots leverage the unique advantages of people and robots working together, and can achieve more efficient processes than either alone.

Robots and jobs are related within a worldwide shift in the location and makeup of labor and manufacturing. Those regions that embrace automation, have a well-trained workforce, and have access to new technologies will win the race to innovate. For instance, China’s share of global manufacturing output has been flattening and may begin to decline if other regions continue to replace repetitive-task labor with automation.

Not only will robotics offer more efficiency and higher quality within manufacturing, robot automation will spill over into new markets such as hospitality and retail. Already there are novelty robot bartenders, robot fast-food cooks, and robot videographers to name a few new applications. At what point does robot automation become less of a novelty and more a requirement to be competitive? Our suspicion is that we are at an tipping point and the rate of change of robot adoption is going to accelerate.

So, how does our region of New Mexico fare in this economic shift? A recent study referenced by Albuquerque Business First notes that New Mexico gets a failing grade for the health of its manufacturing industry. This does not bode well for our region as new technologies like CoBots disrupt and transform the world’s manufacturing. There will be regional winners and losers as automation provides better economics and quality for medium and low volume manufacturing operations. Build With Robots is attempting to positively impact our region by making CoBot technology accessible to everyone. We are happy to partner with forward thinkers such as CNM Ingenuity, who are leading the way in building the workforce and business opportunities to benefit from this disruption. 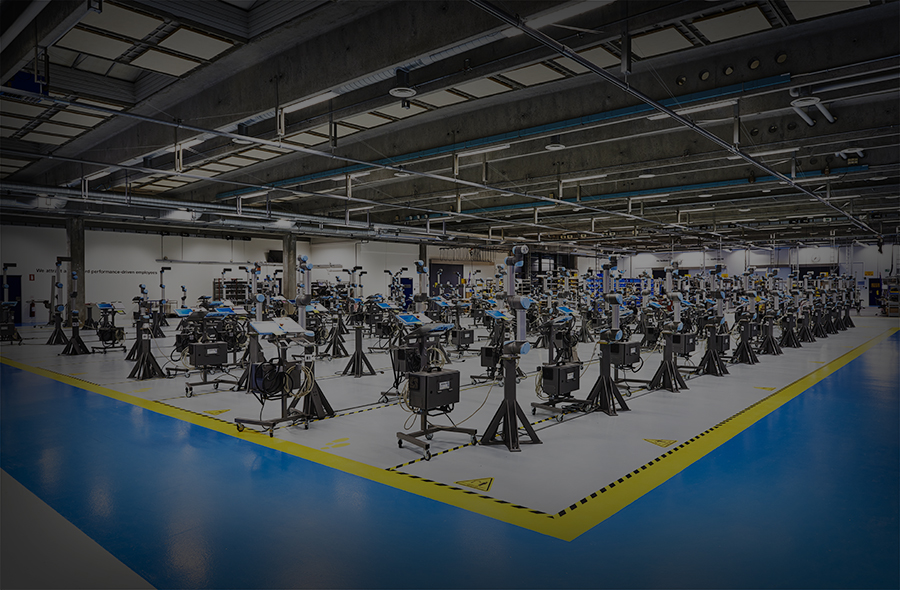