ROBOTS AND THE FUTURE OF JOBS

Albuquerque, NM: What do you think of when you hear the word “robot”? Some think of Roombas or self-driving cars, others think of computers or R2-D2. Robots do many things: automating fast food, construction, manufacturing, and, more recently, disinfecting. 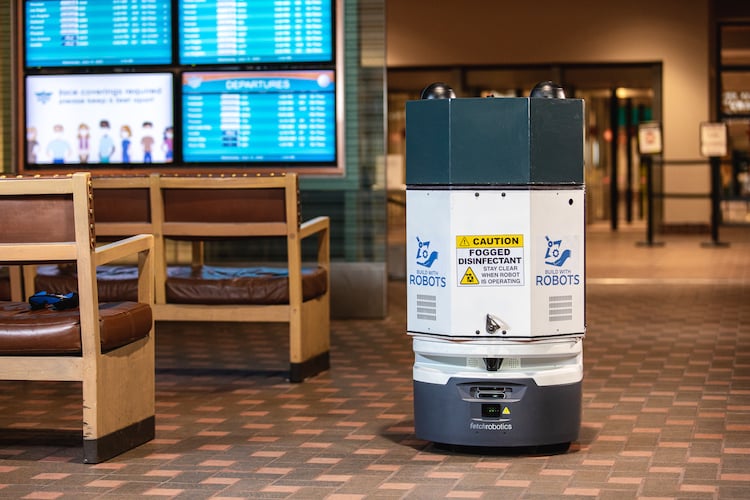 Just because a job is manual does not mean it will be automated by robots. It is more likely that an industry uses robots because they need them. In 2018, Deloitte estimated a potential shortage of 2.4 million manufacturing workers in the next decade. Among the reasons for the workforce shortages were:

The way of work is changing, and some countries have adapted quicker than others. China, for example, has adopted almost as many robots as the rest of the world combined over the last 10 years. With a looming skills gap in technology and a workforce shortage, an opportunity to educate and innovate presents itself. But first, we have to show people that robots can and should be the solution.

The resistance to robots is not new; PEW research found that only a third of Americans (33%) believe automation would create new, better-paying jobs for humans.

“For the most part, Americans consider this scenario [replacing all jobs] to be plausible, express more worry than enthusiasm about the prospect of machines performing many human jobs, and anticipate more negative than positive outcomes” (PEW, 2017).

The common belief with robotic automation is that a human job will be replaced. And that was, in fact, the initial thought when Breezy OneTM entered Albuquerque’s International Sunport.

Breezy OneTM is the first autonomous disinfecting robot built to offer efficient, hands-free, and safe sanitization specifically designed for large-scale facilities. The unionized janitors at the Sunport felt threatened, seeing Breezy as a way to cut back on janitorial staffing when travel halted due to COVID-19. However, this was not the case. The Sunport’s custodial staff became the champions of Breezy, ultimately seeing the autonomous robot as a tool to add to their daily routines.

“People think of us like we’re just janitors; it’s good to have someone care about our safety”.

Is a Robot Going to Take My Job?

The short answer is: maybe. However, many factors affect this, and most roboticists are not trying to replace people.

In time, practically any job can be taken by robots. A painter, a teacher, and an electrician all have extremely different jobs.

However, someone has to be there to choose what paint goes into the robot; someone has to be there to observe it and keep it functional. Students need personal support that a robot will not be able to provide. Last, complex jobs like wiring a home will require copious amounts of programming. While everyone’s jobs could be in danger, they really aren’t. There will always be reasons that people are needed. Nobody’s job is truly in danger because most robots made today are designed to assist people, not replace them.

As the case with, Chris Ziomek, CEO of Build with Robots, who has worked in robotics for over 20 years and built Breezy OneTM to support workers, not displace them. 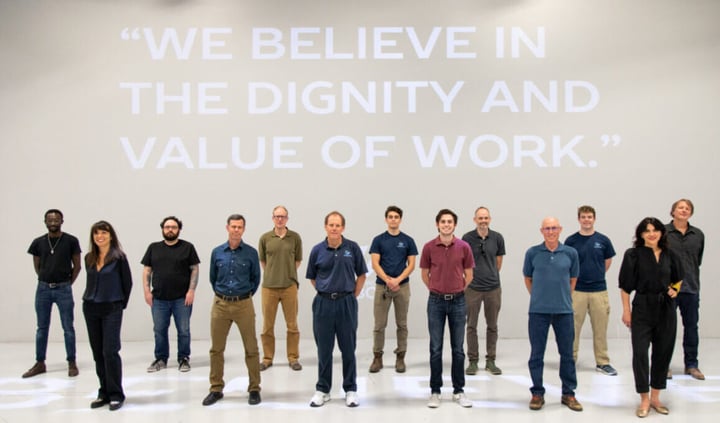 Chris Ziomek, CEO of Build with Robots, has worked in robotics for over 20 years and built Breezy OneTM to support workers, not displace them.

What Are We Doing?

Build with Robots was founded around a team that adapts, learns, and fights together to improve the lives of our team, our customers, our partners, and our community. If we do that right, we become a force for good. We do this by:

When we look to the future, robotics and automation will be there, but so will the people we support and believe in.

*Come back next time to find out how robots in schools can bridge our gap in skills. Introduction to Collaborative Robots workshop is now available at the FUSE Makerspace. Build with Robots at ACI-NA

Chris Ziomek, CEO of Build with Robots, explains how airports can benefit from the use of robotic... See the video of our story, mission and challenges as presented at One Million Cups Albuquerque....